I’ve been doing a lot of running around lately, which is the best, lamest excuse I can come up with for not updating this blog more often. Luckily, Plastic Man has been in the aether in just the past week, so let’s hit the highlights!

It was announced last week that creators Jesus Merino, Evan “Doc” Shaner, and writer Steve Orlando will be working exclusively with DC Comics, a result of DC’s ongoing effort to lock up talent in its run-up to the Rebirth non-relaunch thing. All three have already been doing work for the publisher, and it’s a good idea to keep them around on a long-term basis.

The best part for me, though, was knowing Shaner will be one of the architects of this latest iteration of the DCU. Not only does he have a wonderfully old-school style that’s worked so well with Captain Marvel, Flash Gordon, and others, but he’s also got an obvious affinity for Plastic Man. He’s done a number of pieces featuring Plas just for the fun of it, and then he said this in the press release announcing his exclusive deal:

… The Flash Gordon artist went on to praise the characters he’ll possibly get to work with, as well as the Hanna-Barbera characters he’s been tapped to pencil, saying, “Superman, Captain Marvel, The Flash, Plastic Man, and so many more — these are some of my favorite characters of all time …” [emphasis mine]

It’s a faint trail, but it leads me to believe that we’re finally going to see Plastic Man’s return to the DCU! And if Shaner is the artist working with the character, that’s even better (and something I’ve advocated for a while now). Every time DC does one of these reboots, I hope that Plas will be  part of the new setting, and almost every time I end up disappointed. But this time, I’m both cautiously and enthusiastically optimistic — don’t break my heart, DC — give us more of this! 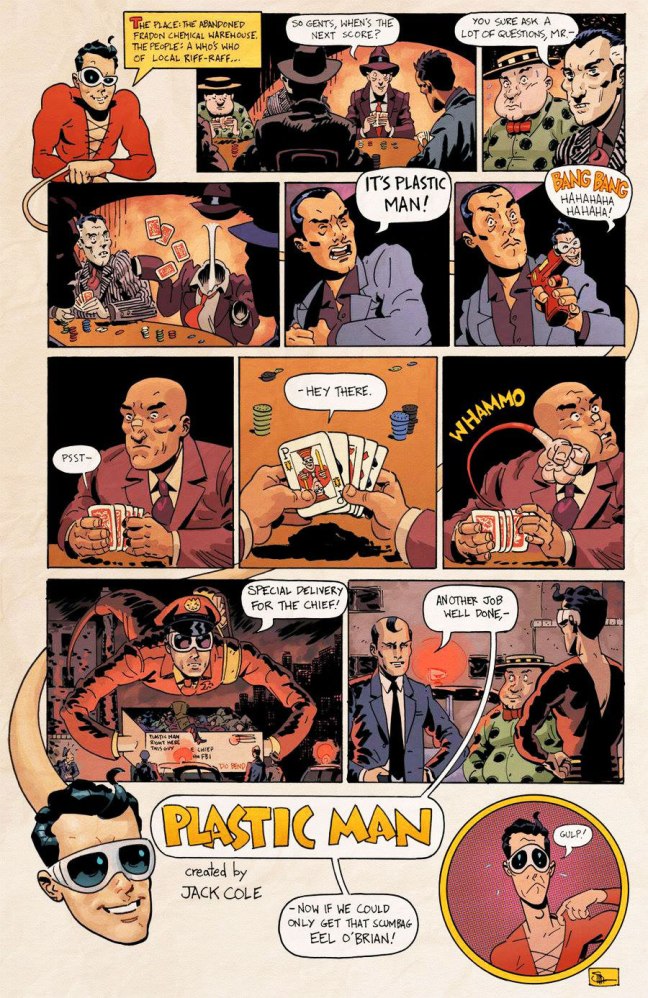 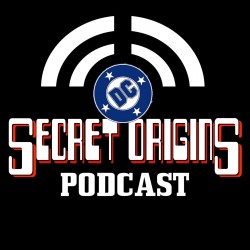 Recently I had the privilege of being a guest on Ryan Daly’s Secret Origins podcast! It’s one of my favorite shows, so it was a thrill to be on. The podcast covers every issue of DC’s 1980s series Secret Origins, and we talked about the second half of issue #30 — featuring Plastic Man! Ryan is also joined by Bradley Null to discuss the first half of the comic, highlighting Ralph Dibny, aka, the Elongated Man. The show and the comic are lots of fun, so go give it a  listen (and while you’re at it, browse through the other podcasts that are part of the Fire and Water Podcast Network — you won’t be sorry).

Part of what’s been keeping me busy lately was a trip to my hometown, where I finally got to visit Asylum Comics and Cards, one of the few comic shops in the city. (Seriously, El Paso, what’s up with that?!) Asylum is a great little shop, with a good mix of new comics, back issues (including treasury editions!), and toys and figures. And the owner is willing to negotiate prices on back issues, which means I got this sweet baby for a very good price.

It’s always a thrill to find back issues of Plastic Man, especially when they’re from the Steve Skeates/Ramona Fradon run, but it’s even better to bring them home with you.

Posting has been irregular here lately (sorry ’bout that — blame life), so here are some quick Plas-centric items to wrap your mind around!

• I swear, I’m not going to start swiping everything from Firestorm Fan, but Shag did share this great image by Gregg Schigiel. Can we have a Muppet JLA, please? Why don’t we get this started? It’s time to get this started!

• Speaking of that Shag guy, he and partner-in-crime Rob Kelly (of the amazing Aquaman Shrine) co-host Who’s Who: The Definitive Podcast of the DC Universe, and they finally got to Plastic Man! Woo-hoo! For what it’s worth, I agree with the guys’ assessment: The image of Plastic Man on the cover (by George Perez) is fantastic; the static (boring, dull, uninspired) image on the entry page less-so.

I’m a little surprised, considering interior artist Joe Staton did a much better, much more imaginative, job depicting Plas in the pages of Adventure Comics and The Brave and The Bold. Take a look and see what you think. (And while you’re at it, be sure to give the Who’s Who and Fire & Water podcasts a listen!) • Look, guys, I go to Target fairly often, and I’ve never seen this Plastic Man figure! And, boy, do I want it. I really like that it’s kind of a bendy, and that it looks both like Plas and Otto the Autopilot from Airplane! (clip slightly NSFW). And I can think of one person who’ll be happy to see that Martian Manhunter!

Go check out Toyrrific for the original post and pictures!