For being as big a fan of Plastic Man as I am, I have to admit that I’ve never seen an actual issue of Police Comics, much less held one myself. And I’ve certainly never owned an issue.

On what is becoming an increasingly rare day off from work, I was doing what most people do with their spare time — digging through back issue comic bins. I was trying to resist my newfound interest in Ultraverse titles when I decided to see what was in the store’s “special” case.

And there it was — Police Comics #76. And for 10 bucks! From what I could tell, this original Golden Age issue from 1948 had seen some mileage, with a torn cover and rolled spine to show for it. It looked as if there was some water damage in the corner, too, and I started wondering if it was even worth the price they were asking. In any case, there was no way I was going to leave without at least holding it, so I asked to see it.

After an employee unlocked the cabinet for me, I carefully took the comic out of its sleeve and gently flipped through it. Yup, there was some water damage. The tearing on the cover was worse than it had looked. And a weird stain on the cover I hadn’t noticed before was suddenly noticeable. The comic was definitely showing its age.

And it was beautiful.

I asked the employee if the price was firm, and she said it usually was, but hey, she’d let me have it for … hmmm … seven. Police Comics #76 for $7.

I couldn’t believe it, and even now, sitting here at home with the issue sitting beside me, I’m having a hard time believing it. The best part? This issue also happens to feature a great Plastic Man story written and drawn by Jack Cole. So while I open this baby up, why don’t you join me in reading “The Melancholy Mr. Morbid,” the tale of a vengeful perfume maker who stirs up a scent so potent it drives anyone who sniffs it to suicide! Is even Plastic Man safe?

The art by Cole is fantastic, the body count is crazy, and there’s even a shock at the end. Read the complete story after the jump! 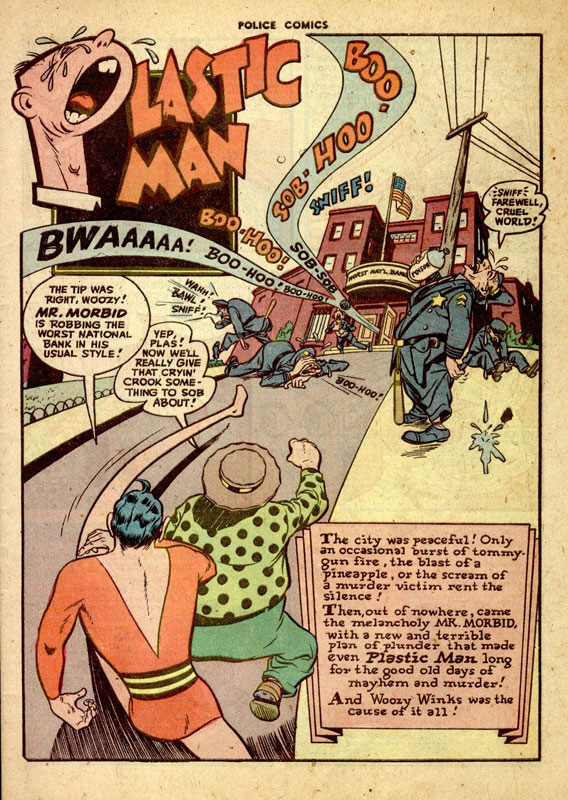 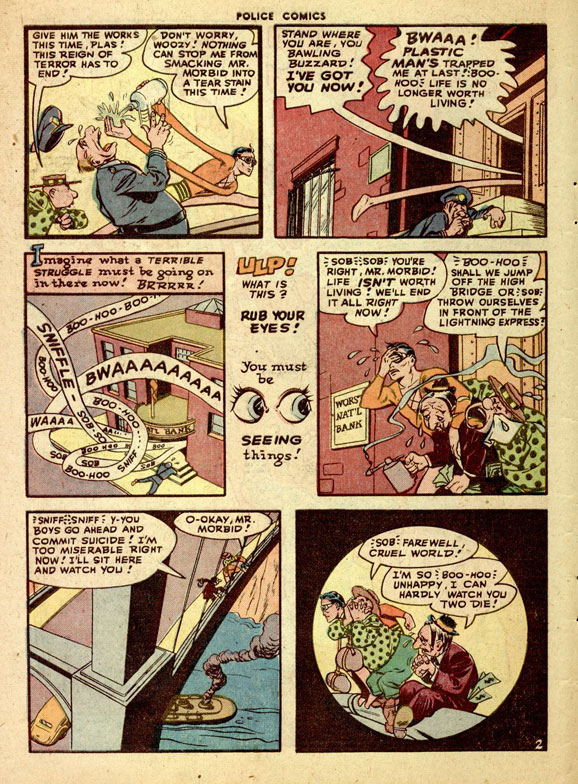 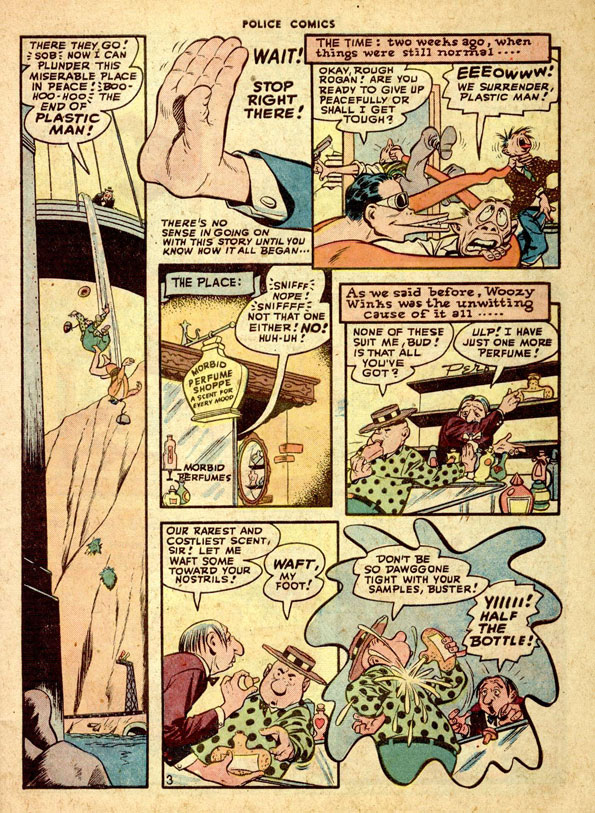 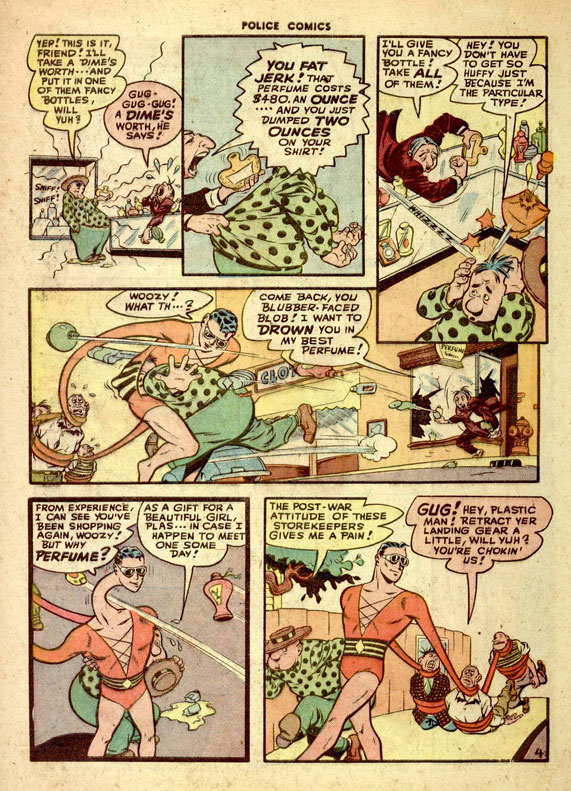 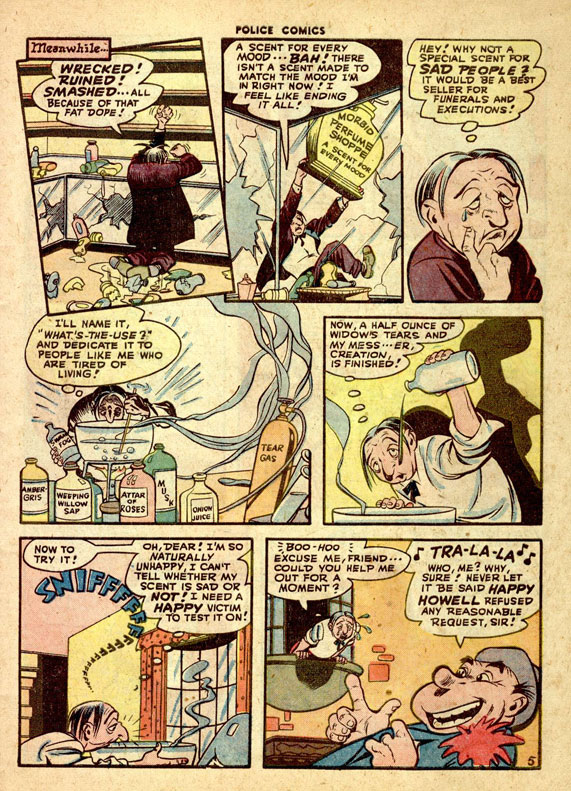 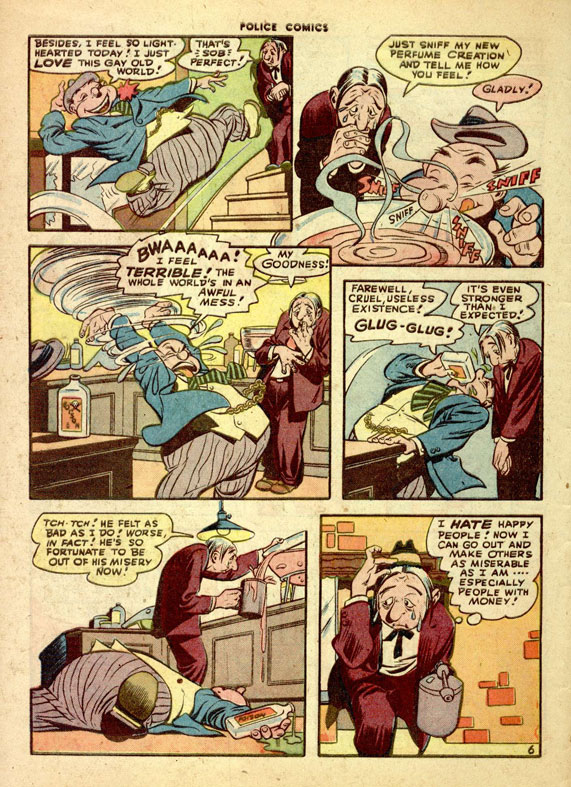 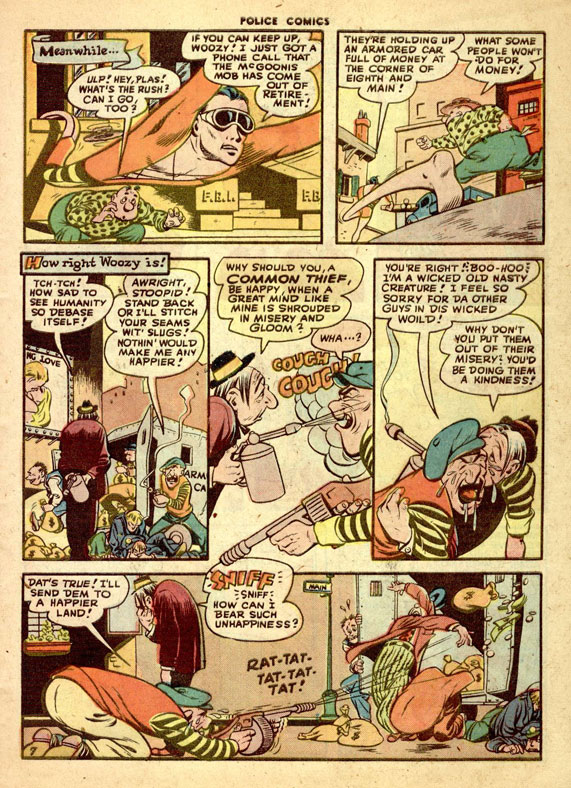 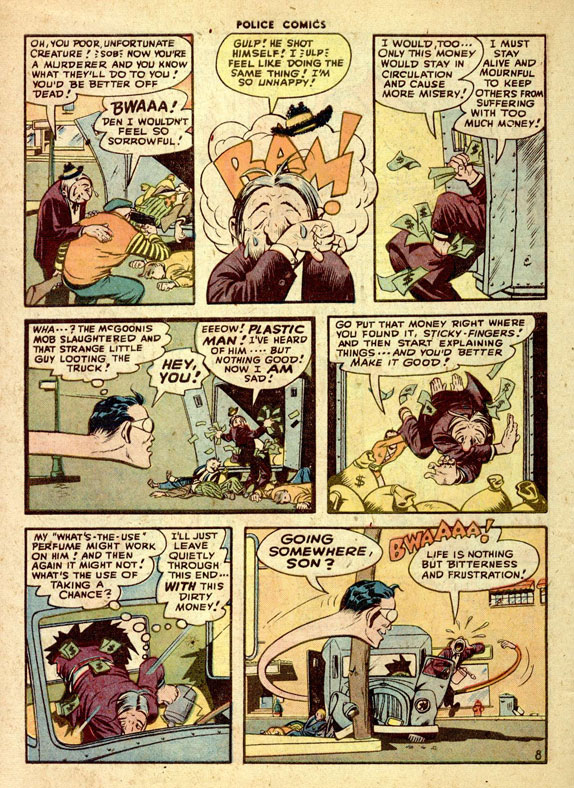 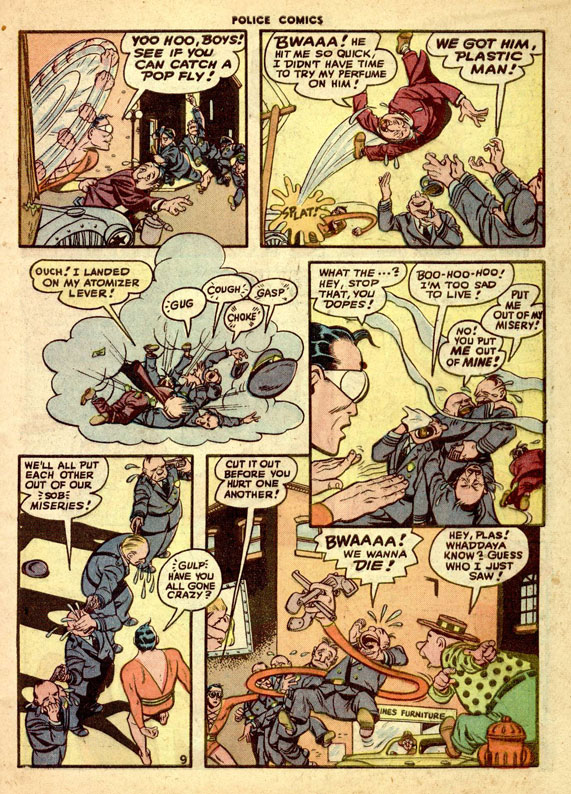 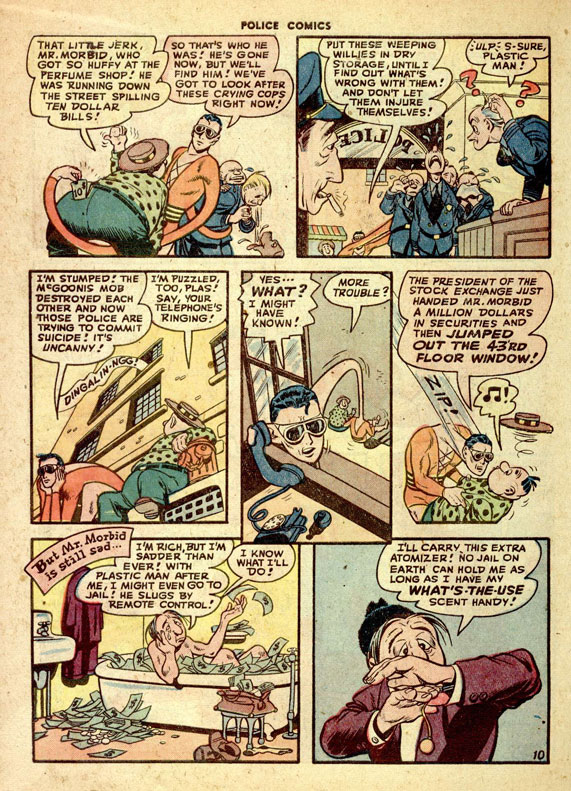 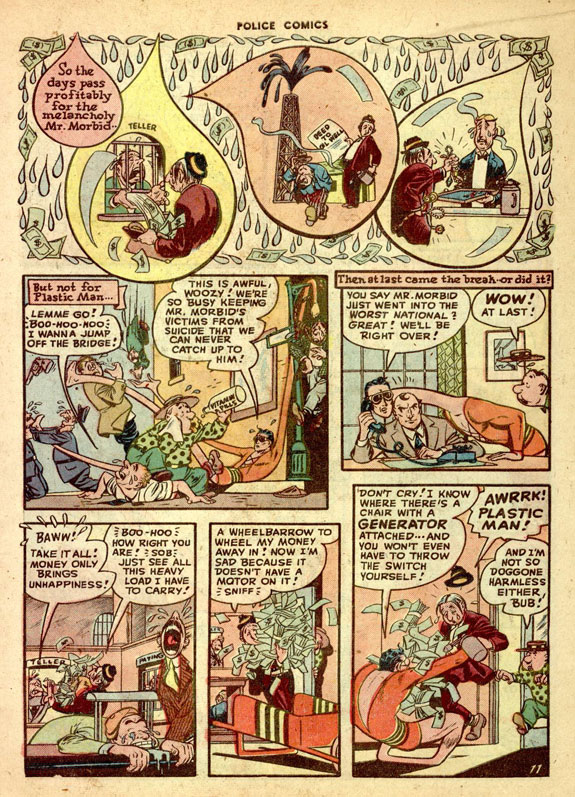 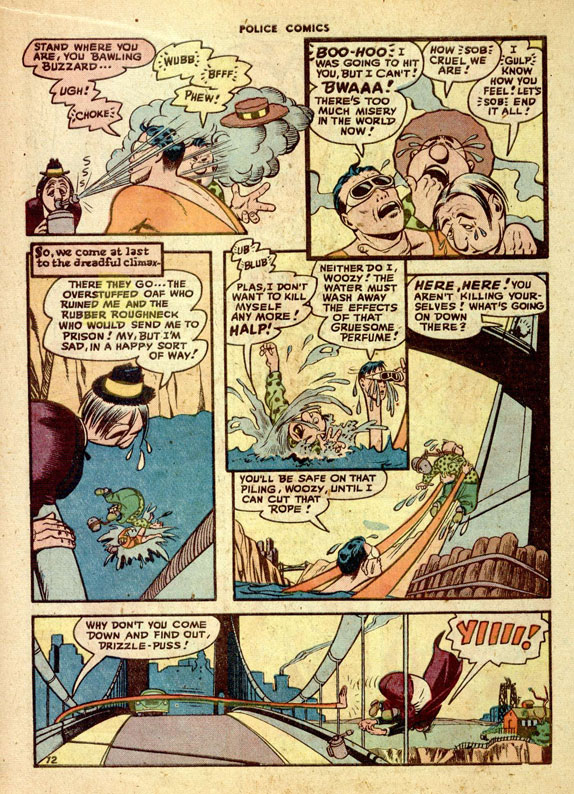 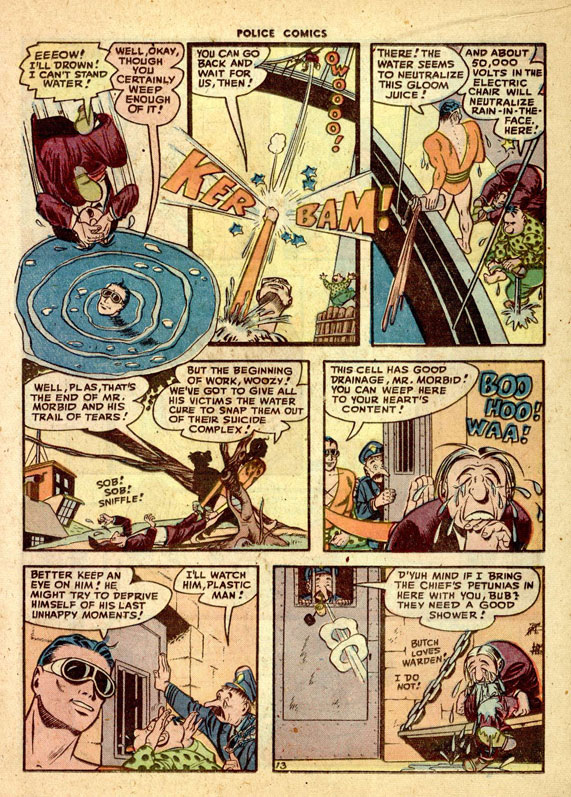 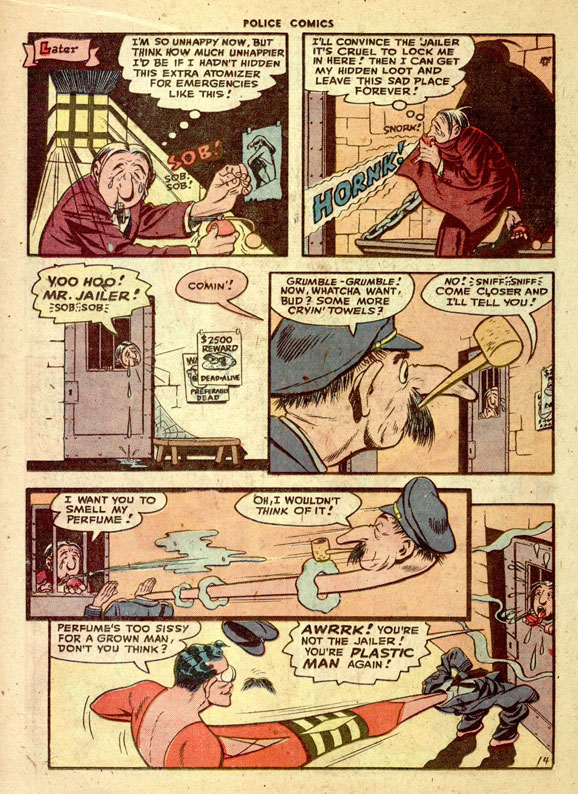 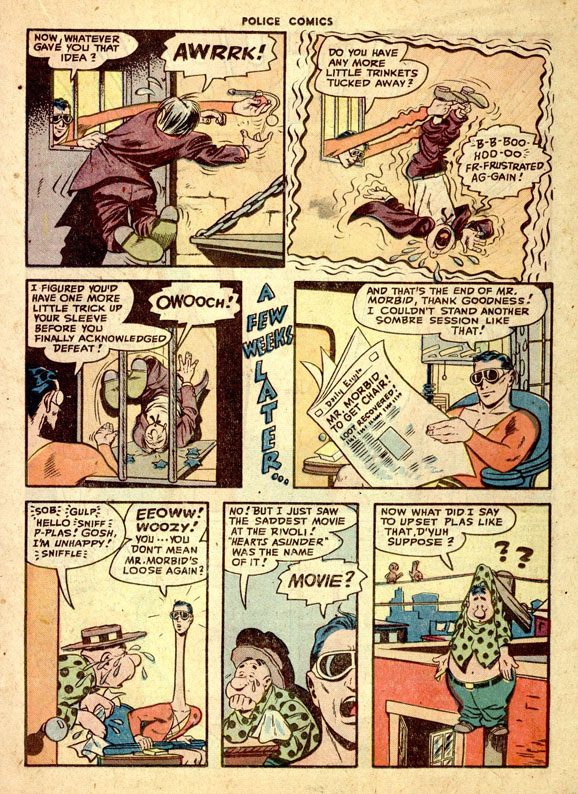